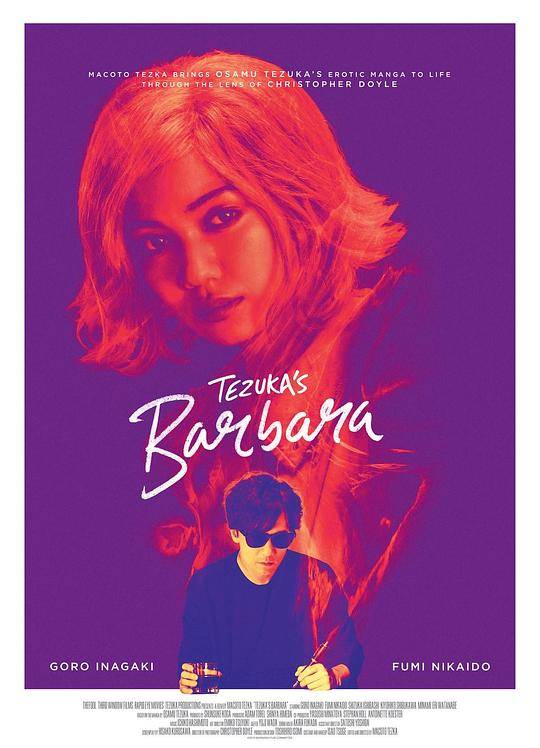 The story is set in modern-day Tokyo. Famous novelist Yosuke Mikura encounters a young woman in the subway station and brings her home to his condominium. The woman’s name is Barbara. For all her bad manners and constant state of drunkenness, she has a certain charm that is hard to put one’s finger on. Much like a stray cat claiming her territory, Barbara settles into Mikura’s apartment. This propels the creatively congested Mikura to write again. His life takes a dramatic turn for the better. Is Barbara a muse? An artist’s savior? Or is she a spell-casting sorcereress? Barbara is an adult-oriented fantasy tale filled with love and the occult, from Osamu Tezuka’s reimagining of “The Tales of Hoffmann.” The story deals with the erotic and bizarre experiences of a famous novelist called Yosuke Mikura whose life is turned upside down by a mysterious girl named Barbara. The controversial story, dealing with various taboos such as forbidden love, mystery, art, eros, scandal and occultism, was said to have been impossible to cinematize at the time of its original publication, but was made for the 90th Anniversary of Osamu Tezuka’s birth.